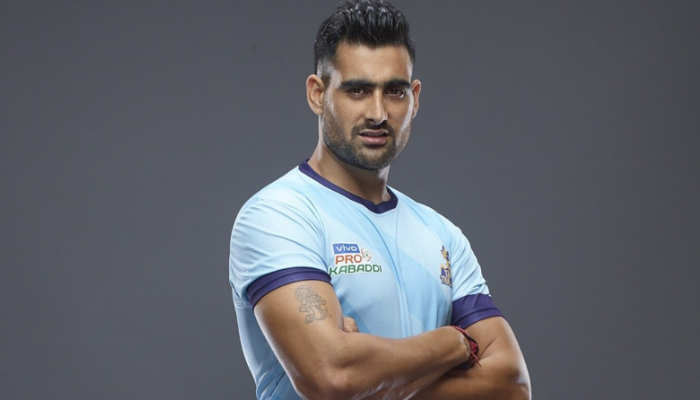 When you think of Kabaddi, the first name that comes to mind is Rahul Chaudhari. Hailing from India, Chaudhari is a Kabaddi player who has taken the sport by storm. With his docile demeanour on the field and aggressive style of play, he has won the hearts of fans all over the world. Let’s take a closer look at this Kabaddi star.

Rahul Chaudhari made his international debut in 2016 at the Asian Kabaddi Championship. Since then, he has represented India in multiple tournaments including the World Cup, South Asian Games, and Asian Games. He was also a member of the Indian team that won Gold at the 2018 Asian Games.

In 2019, he was signed by Tamil Thalaivas for a record-breaking amount of ₹1.51 crore (US$210,000). This made him the most expensive player in the history of Pro Kabaddi League up until that point.

Chaudhari is often referred to as the ‘ raid machine’ thanks to his superior raiding skills. In fact, he is one of only two players to have scored more than 700 raid points in Pro Kabaddi League history. He was also named the Best Raider of Season 5 and Season 6 of PKL. Not surprisingly, he is one of the most popular players in the league with fans all over India and beyond cheering him on.

Rahul Chaudhari is without doubt one of India’s biggest sporting stars. His sublime skills on the Kabaddi mat have earned him legions of fans all over the world. With multiple accolades to his name, he shows no signs of slowing down any time soon. It’s safe to say we’ll be seeing plenty more of this young star in the years to come!

That’s all! You can also check out Anju Bobby George: Famous Indian Athlete and The Incredible Story of Hima Das.