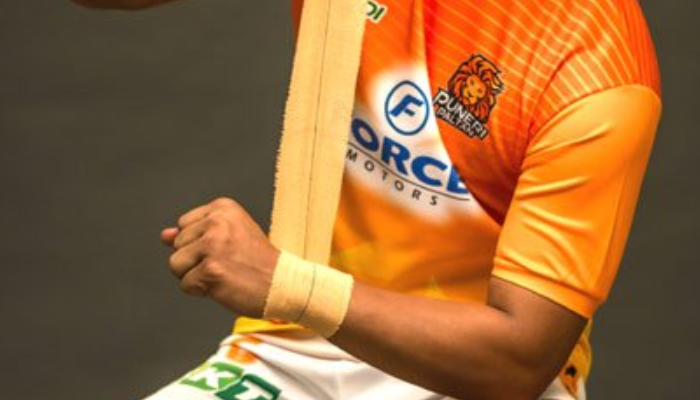 When we think of Kabaddi, the first name that comes to our mind is Surjeet Kumar. He is often referred to as the backbone of the Indian Kabaddi team. Surjeet’s journey in the world of Kabaddi is an inspiring one. He started playing at a very young age and quickly rose through the ranks to become one of the best players in India. Let’s take a look at his story.

Surjeet Kumar was born in a small village in Punjab, India. He started playing Kabaddi at the age of 10. His talent was quickly recognized by the local community and he was inducted into the state-level team when he was just 12 years old. He went on to win many championships with his team and soon caught the eye of the national selectors. He made his debut for India at the age of 19 and has been an integral member of the team ever since.

Kumar is known for his fierce defensive skills. He has played a pivotal role in many big wins for India, including the 2014 Asian Games and 2016 World Cup. His performance earned him widespread recognition and he was named ‘Best Defender’ in both tournaments. In addition to his defensive prowess, Kumar is also an accomplished raider and has scored crucial points for India on many occasions.

Due to his excellent all-round skills, Kumar is considered one of the best Kabaddi players in the world. He has inspired a new generation of players and is often hailed as the “backbone” of the Indian team. Thanks to players like Kumar, Kabaddi is slowly gaining popularity globally as a exciting and action-packed sport.

Surjeet Kumar is a living legend in the world of Kabaddi. His journey from a small village in India to becoming one of the best players in the world is an inspiring one. Kumar’s all-round skills have helped him carve out a place for himself as one of the best defenders in Kabaddi history.

He has played a pivotal role in many big wins for India and is an inspiration to new generations of players worldwide. Thanks to players like Kumar, Kabaddi is slowly gaining popularity globally as an exciting and action-packed sport.

That’s all! You can also check out Surender Singh: The Kabaddi Superstar and Abhishek Singh: The Famous Kabaddi Player.