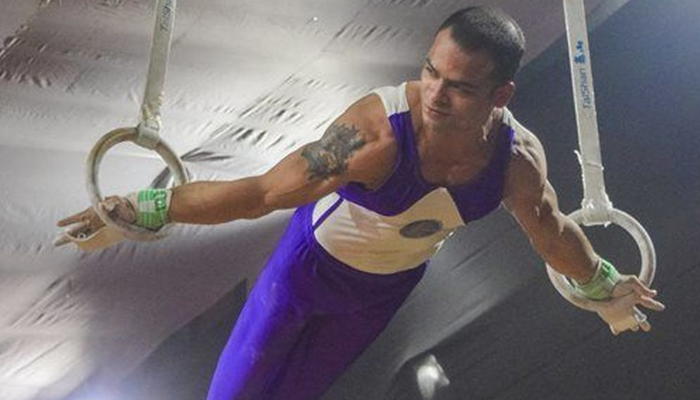 Rakesh Kumar Patra is an Indian male artistic gymnast. He was born on October 5, 1994, in Puri, Odisha. He currently resides in Bhubaneswar, Odisha. Patra is currently a member of the Indian national team and trains at the SAI International Training Centre. His coach is Bishweshwar Nandi.

In 2009, he won a bronze medal in the floor exercise event at the 23rdturning World Challenge Cup held in Mersin, Turkey. In 2010, he competed in the Commonwealth Games in Delhi, India. He won a silver medal in the team event and placed fourth in the floor exercise event. In 2011, he competed in the World Artistic Gymnastics Championships in Tokyo, Japan.

Rakesh Kumar Patra is one of India’s top male artistic gymnasts. With multiple medals to his name from competing both domestically and internationally—including two silvers and a bronze from The Asian Artistic Gymnastics Championships—Patra is a World-Class athlete that shows no signs of slowing down anytime soon. Be sure to keep an eye out for him as he represents India on the world stage!

That’s all! You can also check out Nirmala Sheoran: Indian Sprinter on the Rise and Meet Katulu Ravi Kumar – Indian Weightlifter.