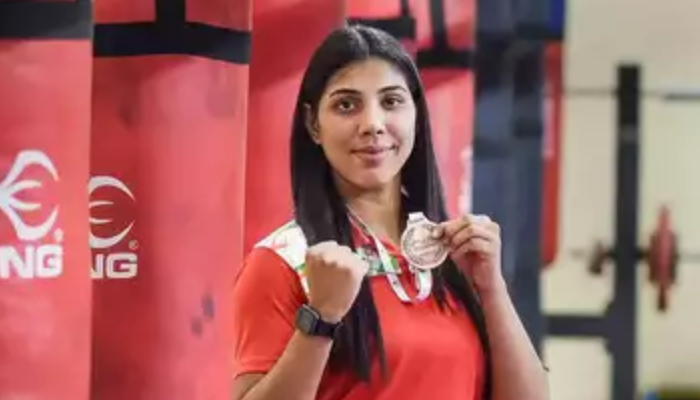 She was a national champion in kabaddi, a traditional Indian sport, but nobody thought she would amount to much when she took up boxing. Manisha Moun was just another small-town girl with big dreams and an even bigger heart. But she proved the doubters wrong, beating opponent after opponent to become one of India’s top boxers. Here’s her story.

Born and raised in Satnali, a small village in the northern Indian state of Haryana, Manisha Moun had always been a fighter. As a child, she loved playing kabaddi, a popular sport in India in which two teams try to grapple each other to the ground. She quickly rose to prominence in thesatnali district, becoming a district champion by the time she was 13 years old.

When she was 14, Moun’s father passed away suddenly. This tragedy could have easily derailed her young life—but it only made her more determined to succeed. She continued playing kabaddi and training hard, eventually becoming a national champion at the age of 18. But she still had one more dream: to become a professional boxer.

So Moun headed to Delhi, the capital of India, where she began training at the Indian Boxing Council academy. It wasn’t easy—she was often homesick and missed her family and friends—but she worked harder than ever before, eventually becoming one of the top boxers in the country.

In 2019, she won a bronze medal at the Asian Boxing Championships. Today, at 21 years old, Moun is one of India’s brightest prospects for a medal at the 2024 Olympic Games in Paris.

Manisha Moun has come a long way from her humble beginnings in Satnali village. Against all odds, she has become one of India’s top boxers and is now aiming for Olympic glory. We’ll be rooting for her all the way!

That’s all! You can also check out Amit Hooda: The Gentle Giant of Kabaddi and Surjeet Kumar -The Backbone of the Indian Kabaddi Team.