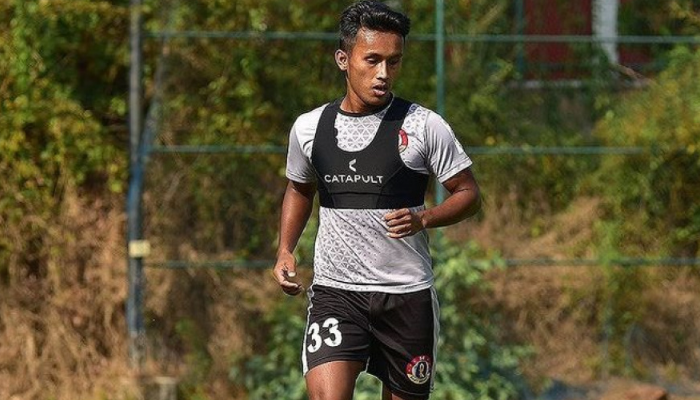 Loken Meitei is an Indian footballer who plays as a winger for Indian Super League club Kerala Blasters.

Loken was born in Manipur and played his youth football for Pune F.C. Academy. He later joined the Tata Football Academy in Jamshedpur.

Meitei made his professional debut for Mohammedan Sporting Club in the 2013 I-League 2nd Division. He scored four goals in eight appearances as Mohammedan won the 2nd Division title and were promoted to the I-League.

Meitei made his I-League debut on 25 October 2014, coming on as a 77th-minute substitute for Manish Maithani as Mohammedan played out a 1–1 draw with Shillong Lajong. On 30 November, he scored his first goal in the I-League, netting the equaliser in a 1–1 draw with Bharat FC.

He ended the season with two goals from fourteen appearances as Mohammedan finished ninth in the league table.

Meitei has represented India at various age-group levels. He was part of the India U19 side that won the 2013 SAFF U-19 Championship and also played for the India U23 side in the 2018 AFC U-23 Championship qualifiers.

On 5 September 2019, Meitei made his senior debut for India, starting in a friendly match against Oman which India lost 2–1.

Meitei is a quick winger who is known for his dribbling skills and crossing ability.

Loken Meitei is a promising young footballer who has represented India at various age-group levels. He made his professional debut for Mohammedan Sporting Club in the 2013 I-League 2nd Division and has since gone on to play for Indian Super League club Kerala Blasters.

A quick winger known for his dribbling skills and crossing ability, Meitei is one to watch in the coming years.

That’s all! You can also check out Birendra Lakra – An Indian Field Hockey Player and Nooshin Al Khadeer – Indian Cricketer.