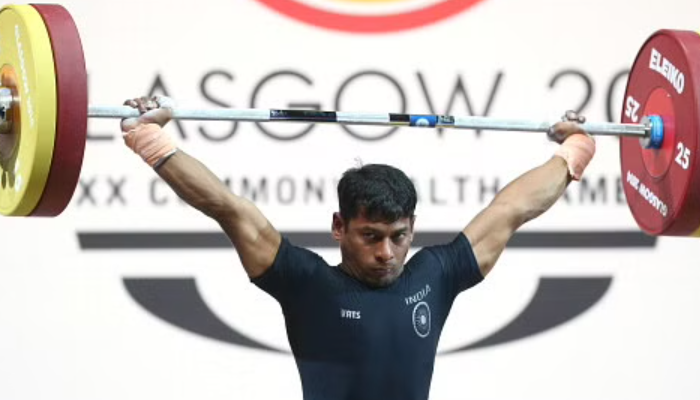 Sukhen Dey was born in 1992 in the village of Dantan in West Bengal, India. When he was just 12 years old, he started weightlifting. He quickly showed promise, winning gold at the national level by the time he was 16. In 2010, he made his international debut at the Commonwealth Games in Delhi. However, he failed to medal at that event.

Four years later, he competed at the Glasgow Commonwealth Games and once again came up short. At that point, it began to look like Sukhen might never earn an international medal. But he kept training and competing, and finally his hard work paid off at the 2018 Commonwealth Games in Gold Coast, Australia.

In Gold Coast, Sukhen won India’s first-ever gold medal in weightlifting in the men’s 56kg category. He did it with a total lift of 249kg, which bettered the previous Games record by 1kg. His victory was a huge moment not just for him but for all of India.

Sukhen Dey is a talented weightlifter who made history at the 2018 Commonwealth Games. He become the first Indian weightlifter to ever win a gold medal in the men’s 56kg category.

Not only that, but he also set a new Commonwealth Games record in the process. Sukhen’s story is one of hard work and dedication paying off in the end. It is an inspiration to aspiring athletes everywhere.

That’s all! You can also check out The Oldest Tournament Football in India and How India’s Taekwondo Players Are Performing in the Olympics.