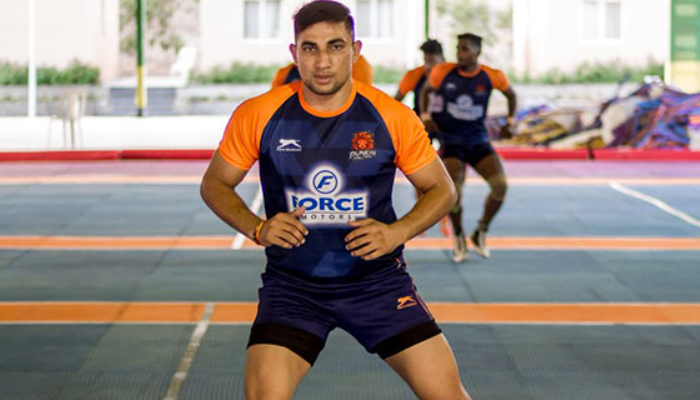 The name Nitin Tomar might not resonate with too many people outside the world of Kabaddi, but within the sport, he is a superstar. Born into a poor family in Uttar Pradesh, India, Nitin faced many challenges in his young life. However, through sheer hard work and determination, he has overcome them all to become one of the best Kabaddi players in the world. Here is his story.

Nitin Tomar was born in a small village in Uttar Pradesh, India. His father was a farmer and his family struggled to make ends meet. When Nitin was just 10 years old, his father passed away due to health complications. This left Nitin’s family in an even worse financial situation. Despite the difficulties, Nitin did not give up. He finished school and then went on to get a job as a labourer.

While working as a labourer, Nitin began to play Kabaddi. He quickly realized that he had a natural talent for the sport. He started playing for local clubs and then for his state team. His hard work paid off when he was selected to play for the Indian national team in 2010. Since then, he has gone on to win numerous championships and medals, including the Asian Games gold medal in 2014. He is now widely considered to be one of the best Kabaddi players in the world.

Nitin Tomar is living proof that hard work pays off. He overcome tremendous difficulties early in life to become one of the best Kabaddi players in the world. His story is an inspiration to us all. No matter what your circumstances are, if you put your mind to it, you can achieve anything that you want to achieve in life. Thank you for reading!

That’s all! You can also check out Mohit Chiller: From Village Boy to Kabaddi Superstar and Surrender Nada: The Best Kabaddi Player in the World?.