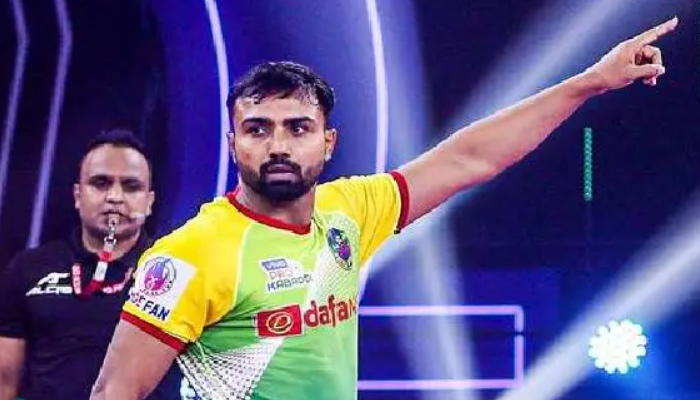 If you’re a fan of kabaddi, then you know that Monu Goyat is one of the best players in the world right now. In this blog post, we’ll take a look at why Monu is so good at kabaddi and why he’s currently the best player in the world.

Monu Goyat is a raid specialist who plays for the Haryana Steelers in the Pro Kabaddi League. He is one of the most successful raiders in PKL history, with 542 points in 84 matches. Monu’s success comes from his incredible athleticism and speed. He is incredibly quick on his feet and can make sharp turns to avoid defenders. He also has a great sense of timing and always seems to know when to make his move.

In addition to his physical gifts, Monu also has a great mental game. He is always calm and collected on the court, no matter how intense the match gets. This allows him to make smart decisions and avoid mistakes. His opponents know that they need to be at their best if they want to beat him.

Monu Goyat is one of the best kabaddi players in the world right now because of his combination of physical gifts and mental toughness. If you’re lucky enough to see him play, you’ll be treated to an incredible display of athleticism and skill.

That’s all! You can also check out Nitesh Kumar – A Kabaddi Prodigy and Jeeva Kumar – India’s Kabaddi Hero.