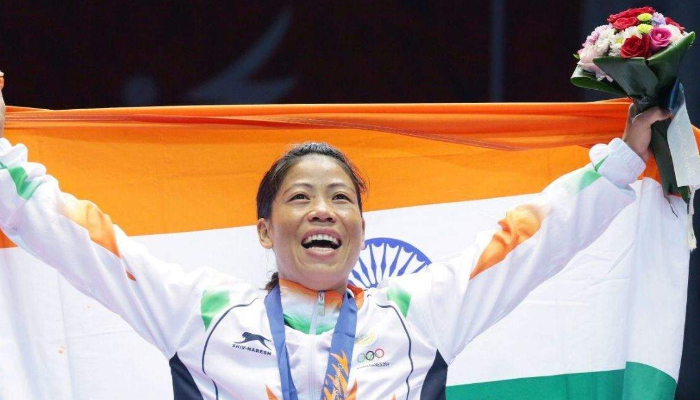 Hailing from a small town in India, Mary Kom has made a name for herself in the male-dominated sport of boxing.

Despite coming from a humble background and facing discrimination throughout her career, Mary Kom has persevered and become one of the most accomplished female boxers in the world.

She is a five-time World Boxing champion and an Olympic bronze medalist, and she shows no signs of slowing down any time soon. Here’s her inspiring story.

Mary Kom was born into a poor family in Manipur, a state in northeastern India. As a child, she worked in the fields with her parents and helped out around the house.

When she was eight years old, she started learning martial arts as a way to defend herself from bullies at school.

It wasn’t until she was sixteen that she took up boxing seriously after being inspired by watching Indian boxers on television.

Since there were no female boxing coaches in her town, Mary Kom had to train with the male boxers at her local boxing club.

She quickly proved herself to be a talented boxer, winning several state-level championships. In 2000, she made her international debut at the Asian Boxing Championships and won a gold medal in her weight category.

Since then, Mary Kom has gone on to win five World Boxing Championships and an Olympic bronze medal. She is currently ranked as the No. 1 female boxer in the world in her weight category.

Mary Kom is also a mother of three, and she runs her own boxing academy to help train the next generation of female boxers in India.

Mary Kom is an inspirational figure not just for Indian women, but for women all over the world who are fighting for gender equality.

She has overcome tremendous odds to become one of the most successful female boxers in history, and she shows no signs of stopping anytime soon. Her story is proof that with hard work and determination, anything is possible.

That’s all! You can also check out All You Need to Know About Kapil Dev: India’s Legendary Cricketer and Pusarla V Sindhu – A Champion Badminton Player.