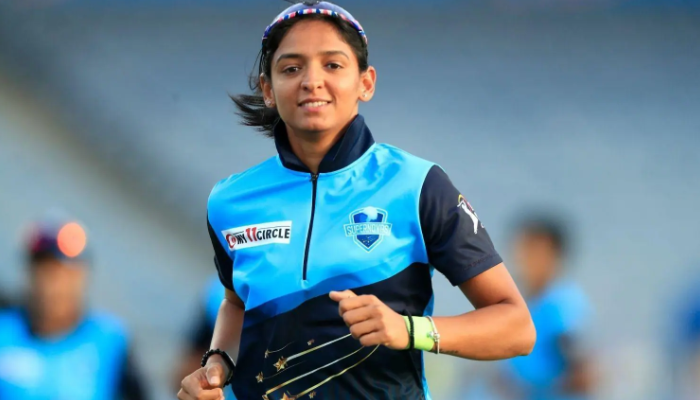 Harmanpreet Kaur is an Indian cricketer. She plays as an all-rounder in the Indian women’s cricket team. She usually fields at midwicket. Kaur made her One Day International (ODI) debut against Pakistan in 2009.

In March 2009, she was signed by Western Australia Women for the inaugural season of the Women’s Big Bash League.

Kaur was born on 8 March 1989 in Moga, Punjab. Her parents encouraged her to play cricket from a young age.

Kaur attended the DAV Public School and then went on to study at Inderpreet Singh Grewal Khalsa College, Ludhiana. Kaur made her ODI debut against Pakistan in 2009, scoring 31 runs from 37 balls.

In March 2009, Kaur was signed by Western Australia Women for the inaugural season of the Women’s Big Bash League. However, she could not participate in the tournament due to an injury.

Kaur made her Twenty20 International (T20I) debut against England in December 2011. She scored 34 runs off 28 balls and took two wickets in the match.

Kaur was appointed as the captain of India’s T20I team in 2016, replacing Mithali Raj. Under her captaincy, India reached the semi-finals of the 2017 ICC Women’s World Cup, where they lost to England by nine runs.

Kaur was also named as one of the players in the ICC World XI team that played against England in a charity match at Lord’s Cricket Ground in June 2018.

Kaur is a current member of India’s national women’s cricket team and is currently serving as the T20I captain.

She made her debut for India back in 2009 and has since gone on to represent her country in a number of international competitions, including the 2017 ICC Women’s World Cup and 2018 ICC World XI charity match at Lord’s Cricket Ground.

That’s all! You can also check out What is Ultimate Table Tennis? and India’s FIFA U-17 World Cup Team.