Indian Football has been improving over the past few years. The development of players and the support the game is getting is incredible.

India is currently ranked 101 in the FIFA Rankings and this number has improved from 173 in the last 3 years.

Top 5 Memorable Performances by the Indian National Football Team in the 21st century:

The newly appointed coach Bob Houghton back then took all the responsibilities of the team and the main project in front of him was the restarted Nehru Cup.
In August 2007 Indians defeated Syria in the Final Match and thus were crowned the Champions. 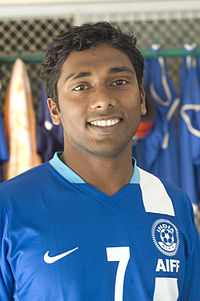 Pappachen Pradeep scored the only goal if the match to snatch the victory for India.

India’s brilliant performance made sure that they are in the finals against Tajikistan.
A stellar display of football from the Indian Team made the score board 4-1 in favour of the Indians.
Sunil Chhetri was the hero of the match as he scored a hattrick and made the match look extremely simple for India. 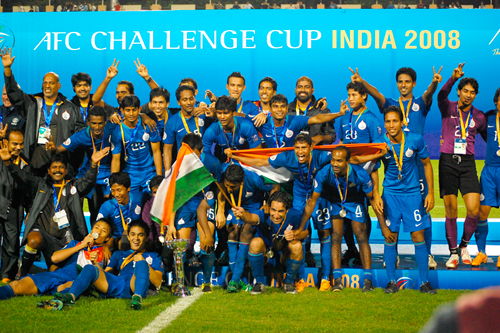 This victory ensured India a qualification for the 2011 AFC Asia Cup which would be India’s 1st appearance in the tournament in 27 years.

This match will be remembered as one of the best performances of the Indian Football Team. It was a total team effort as the Indians thrashed the Chinese Taipei side with the score of 5-0.

Once again Sunil Chhetri was the hero as he scored 3 goals.
Udanta Singh scored a beautiful goal past the goalkeeper as his 2 delicate touches confused the defender. Pronay Halder scored a screamer from outside the box and the keeper had no chance of saving that Goal.
India totally outclassed Chinese Taipei and didn’t give them a chance of comeback.

If you are a true Indian Football Fan you can never ever forget this match.
Were the 90 minutes so interesting?

Yes the match was amazing, but the reason because of which we can never ever forget this match was the ‘”Sunil Chhetri video”.

Throwback to 2 June 2018, when Sunil Chhetri requested the Indians to come and support the National Football Team. He felt the need to plead for support. Why does this happen?Simply because we don't support Indian Football.The situation must change, so lets decide to support Indian Football as much as we support our Cricket Team.Jai Hind!!Video Credits – Sunil Chhetri – Twitter

Posted by Sportsbeatsindia on Monday, 17 June 2019

Responding to this request from the captain, the people turned out in huge number at the Mumbai Sports Arena. The weather was extremely worst and there were heavy rains but still people were determined to support their team.

This was Sunil Chhetri’s 100th International Match for India.

The Captain didn’t disappoint as he scored a brace (2 goals) and Jeje added to the tally with a wonderful goal to make it 3-0 in the favour of the hosts.

The 2nd goal by Sunil was the third of the team’s total goals and the chip over the goalkeeper was absolutely world class and literally showcased why he is called one of the best strikers in Asia. 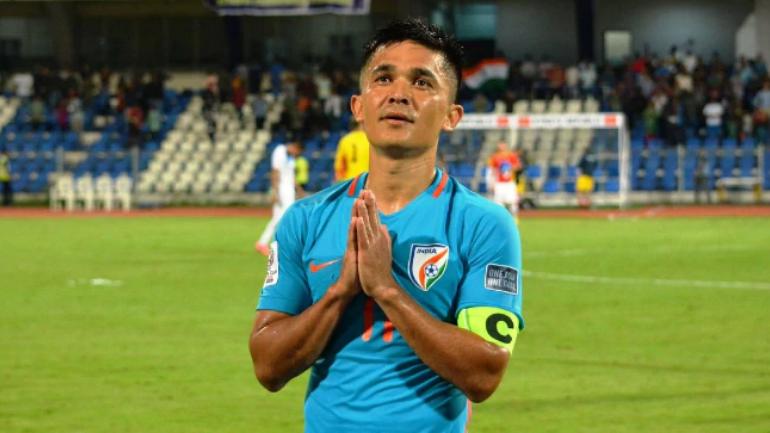 The Group Stage Match against Thailand was a goal fest for India as they finished the match with 4 goals.

Sunil Chhetri was once again the hero as he scored a brace.

Anirudh Thapa and Jeje Lalpekhlua added to the tally with one goal each.

Indian Football needs support and encouragement. If we provide the Game what it really demands and deserves, the day is not far when India will be a part of the FIFA World Cup.