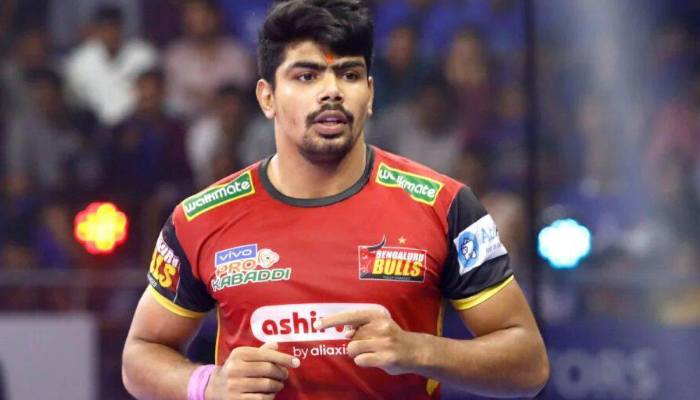 For those who don’t know, Kabaddi is a sport that is taking the world by storm. This high-intensity, fast-paced game is a7 favorite among fans of all ages, and it’s only getting more popular as time goes on.

Among the many talented Kabaddi players out there, one name that you’re sure to hear more and more is Pawan Sehrawat. Here’s a look at why this young player is making waves in the world of Kabaddi.

Pawan Sehrawat started playing Kabaddi when he was just 10 years old. It didn’t take long for his natural talent to shine through, and he was quickly snapped up by the Bengaluru Bulls, one of the top teams in the Pro Kabaddi League. In just his second season with the team, he was named “Most Valuable Player” after scoring 223 points in 22 matches – an incredible feat for any player, let alone one so young.

Since then, Pawan’s career has continued to go from strength to strength. He was recently signed by Jaipur Pink Panthers, another top team in the Pro Kabaddi League, for a whopping Rs 1 crore (approximately $140,000). His exploits on the Kabaddi court have made him a household name in India, and there is no doubt that he has a very bright future ahead of him.

If you’re not already a fan of Kabaddi, now is the time to start paying attention. This exciting sport is taking the world by storm, and Pawan Sehrawat is leading the charge. Keep an eye out for this young star – he’s sure to light up the Kabaddi world for many years to come.

That’s all! You can also check out All You Need to Know About Ajay Thakur: India’s Top Kabaddi Player and Rahul Chaudhari: India’s Best Kabaddi Star.