Here is an interview of a rower who won a Bronze Medal at the 2014 Asian Games and unfortunately faced an injury which kept him away from the sport for 3 years. Sawarn Singh tells us how he recovered from the injury and went on to win a Gold Medal at the 2018 Asian Games.

Sawarn belongs to the Sikh Regiment of the Indian Army and was selected for Rowing when he was preparing for the Republic Day Parade.

Hello Sawarn, we would like to know about your early life and how was your childhood?
I had no connection to Rowing when I was a child and neither any of my parents were related to sports. I belong to a village called Dalewala Mansa in Punjab. Sports were not so developed in our village and I used to play volleyball during my initial years.

“I think I am the first player who bagged a Gold Medal at the National Tournaments in just 15-16 months of practise. Winning the national tournament was extremely important for me and that’s where the thought of choosing Rowing as a career got fixed in my mind.”

Family plays an important role in everybody’s life. Please tell us the contribution your family has in your life.
My family imbibed in me the most important quality of discipline and that was the sole reason I could enter the Army. They are sure that being an Army Personal, I won’t do anything wrong. The only thing they keep telling me is that train properly and avoid injuries. They know what injuries can do to a person’s career. So all they do is, they ask me to take care of my body and maintain my fitness.

A perfect career needs a perfect guidance. Who according to you played the anchoring role and guided you on the correct path?
First of all I would like to thank Ismail Baig Sir who saw the spark in me and motivated me to take this sport seriously. He was the national coach that time. This encouragement and tips from the national coach of India made me believe that I am on the correct path.

We practise almost 5-6 hours a day for 5 days a week. We have different kinds of warm-ups too, like warm up on the land and warm-up in the water is different.

If you had to choose one, what would you choose? The respect you get as an Army Personal or the Discipline you learnt from the Army? What is the thing you love more? Being in the Army or Professional Rower?
See, I can’t choose one. It’s the Army Discipline that has helped me a lot in my career. Discipline is a must quality for every sportsperson.

“There were time protocols in the Army which we had to follow.”

So army made me perfect for anything as it taught me discipline and because of that we receive respect. So these two things cannot be separated or differentiated according to me.

Posted by Sportsbeatsindia on Tuesday, 4 June 2019

This question is like mother or father! My mother gave me life but my father also has an important role in my life. So I cannot choose one as Army is the reason why I am into Rowing. Both the things are equally important for me.

What are the hardships you have faced in your career?
The main problem we face is the way people approach our sport and other sports. Cricket and Kabaddi are the most followed games in our country but the thing is these two games are not even included in Olympics. If there are two teams at the Airport, one Indian Cricket Team and one Indian Rowing Team, the cricket team are given advantages and privileges. We feel the difference between us in just an hour. People need to recognize us and respect us as players who represent the same tri-colour as the cricket team does. Another problem we face is the lack of facilities. I got to know about this sport when I was 18 years old. Just imagine what a great difference it would have made if I started practicing at the age of 12-13. So according to me, India should develop the facilities and create new ones so that people can get to know about such sports.

Do the federation and the government help you in difficult times?
Yes, definitely. The Rowing Federation of India and the Indian Army helped me a lot in 2014 when I faced a back injury. They went beyond their budget and sent me to Chennai for treatment. They stated that whether to represent India once again or not is your choice but go through the treatment and be fit. The coaches and the support staff motivated me and told me that I had the calibre in me and one day I will be fit and represent India once again.
The 3 years I missed due to my back injury were extremely difficult. Facing an injury and staying away from the sport for 3 long years is not at all easy. The only thought in my mind was about my comeback and how I would cope up the 3 year gap.

“I had that back injury before I competed in the 2014 Asian Games Final. I knew something was wrong but chose not to tell the coach or team members. Baring that pain I won the Bronze Medal.”

I regretted my decision afterwards because I missed 3 years due to that. I told my coach, I won’t enter the water because I have a back pain. But if I do, I will make sure I will win the Gold Medal.

You have won many national as well as international medals and you have experienced brilliant moments as well. So which moment you would rate as the best moment of your career until now?
According to me every moment is special for each and every player because everyone wants to win a medal and only the top 3 get to stand on the Podium.
I will say the first national championship Gold Medal means a lot to me. As I said earlier, with just 15-16 months practise I could achieve that, so that moment was special. 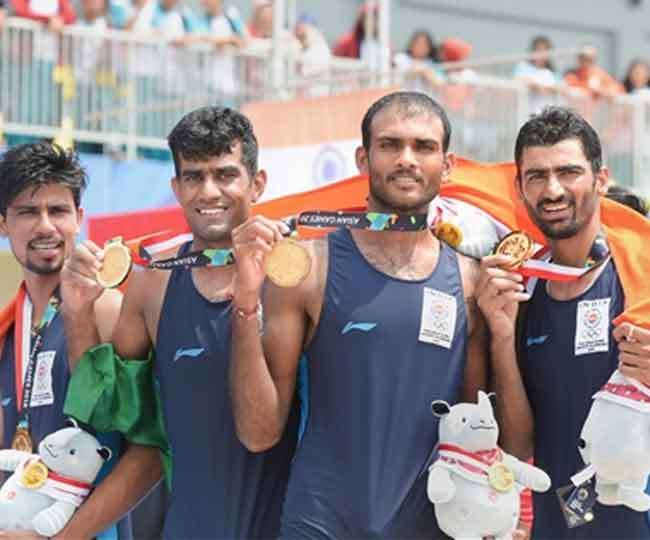 If you ask me to choose one, I will say the Gold Medal Moment in the 2018 Asian Games was the best.
“The Tri-Colour was above all the flags and even the National Anthem was played which made me extremely proud and happy.”

What is the aim that you are still longing for and what are your future plans?
The main aim in front of my eyes is the upcoming World Championships. The main reason is that India hasn’t produced a medal in Rowing in World Championships. So we would definitely break the ice and this win would guarantee us an Olympic Place. 2020 Tokyo Olympics will be the main focus after World Championships.

Here in India, people consider Cricket as the only sports. Sports like Rowing, Taekwondo don’t get that much attention. What do you expect from the Indian Sports Fans and the Government for the betterment of your sport? What is the message will you give to the youth?
I think people love the success which seems to easy. Cricket is a popular game and the crowd hardly shows any interest in other games.
Anyone can play cricket. A bat costs not more than 350 and Rs.50 ball is enough to play cricket. But for a sport like Rowing, the equipment needed is extremely costly and even the facilities are not available in India.
Government should try to make the facilities and equipment available so that the popularity of the sport will increase and the Sports Tradition would develop. 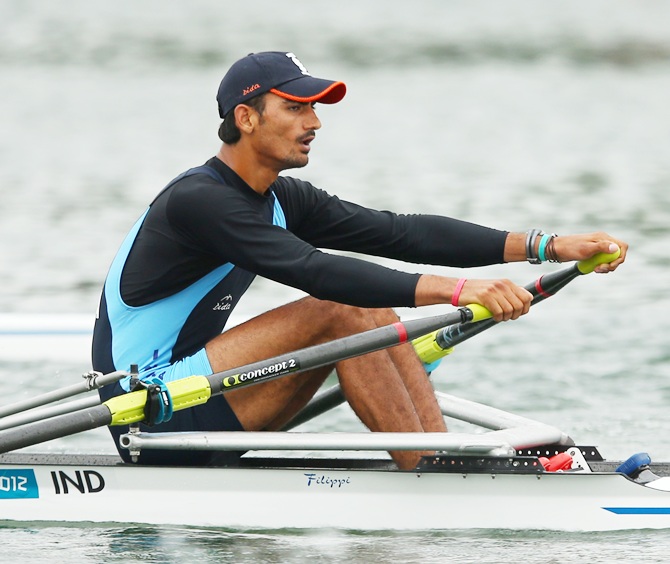 I will definitely ask the youth to support and follow all the games in which India participates. If you are willing to take any sport as your career then take it seriously. Practice hard and don’t give up. Listen to your coaches and trust me you will definitely succeed.
There are events like Khelo India where you get the chance to show your talent and succeed, so don’t let it go.
Jai Hind!

Sawarn Singh is definitely a great source of inspiration for all the Indians who dream to achieve something. His dedication and determination to make a comeback after a 3 year gap is definitely praiseworthy.

Rowing is a sport which requires a lot of strength and agility and getting back to the best condition and winning the Gold Medal is what makes him different than many other sportsmen.