If anyone thinks about the current situation, Indian Cricket can easily be equated to 2 words; Success and Compassion.

The recent form of Indian Cricket Team has been fantastic in all formats of the game. The team is performing brilliantly and the results are the proofs. May it be test series abroad or T20s in the subcontinent, the team has outclassed almost every opponent in all the 3 aspects; batting, bowling and fielding.

The success of the team is not just dependent on 1 or 2 players but the winning mentality comes from each and every player. Everybody is contributing in some or the other way which makes it extremely difficult for the captain and the selectors to pick the squad from the available players.

After the injury of Shikhar Dhawan in the World Cup last year, KL Rahul has stepped up and played the role of opener almost matching to perfection.

He and Rohit Sharma have many successful opening stands which made us forget that KL Rahul was not the first choice opener.

The patience and temperament of KL Rahul has made it extremely difficult for Virat Kohli to drop him. Give Rahul any position and he will surely deliver.

The comeback of Shikhar Dhawan in the recent series was as strong as any other. He missed a good score in one match but scored a well-deserved half century and an amazing innings of 94.
Rohit Sharma being extremely consistent at the top order always makes it to the side as an opener. There is probably no one in the current cricketing world who has scored as consistently as Rohit while opening.

Shikhar- Rohit being one of the most successful pairs in recent times makes the captain to decide where he will bat and where KL can bat. The flexibility shown by Rahul while playing at different batting positions makes him a key asset of the team. 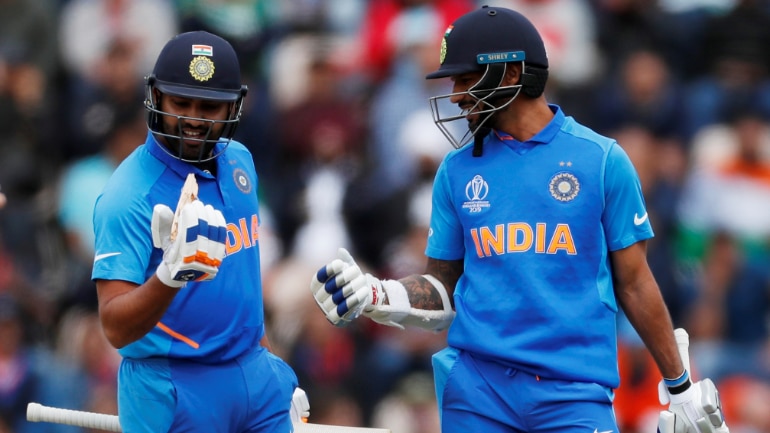 The statement given by Virat Kohli makes the ideology of the team very clear. Virat states that it doesn’t matter to him where he bats. If the team needs KL at number 3, then he would bat at 3 and Kohli will come down the order.

This is what a true leader and a captain is. The team comes first and then individual aspects and choices.

After MS Dhoni, no wicket keeper has managed to take up the role of a wicket-keeper and a good batsman at the same time. For a long time, Rishabh Pant has been the first choice keeper but he has failed to deliver with the bat. His aggressive attitude of hitting boundaries from the 1st ball has helped at times but it also costs the team and it may affect the result of the match.

Sanju Samson has appeared in a couple of matches and has showcased his skill as a keeper but again failed with the bat when trying to be too aggressive.

As KL Rahul is also a decent wicket keeper, this fact makes the selection of either Rishabh Pant or Sanju Samson extremely difficult.

The likes of Shreyas Iyer and Manish Pandey are doing good job as middle order batsman which threatens the position of Pant and Samson even more.

Be it test cricket or T20, the definition of Indian Fast Bowling has changed massively.

The trio of Umesh Yadav, Ishant Sharma and Mohammed Shami was worth watching. All the 3 bowlers complemented each other and helped the next bowler to take wickets. The fitness level of these fast bowlers is insane and their work ethic is as brilliant as any other sportsperson. The ODI and T20 matches have witnessed some amazing spells and performances from bowlers like Bhuvneshwar Kumar, Navdeep Saini, Shardul Thakur and Deepak Chahar. Each bowler has delivered when given the responsibility and showed his worth.

There is one name we cannot forget and if we do, then it would be a crime in terms of cricket.

The number 1 ODI and T20 bowler is the ace of all bowlers and gives absolutely nothing while bowling. His line, lengths and pace variation in the death overs makes it impossible for the batsman to attack. With Bumrah in the side there can be only 2 pacers other than him. Because of such great options available the situation arises when the captain has to make a call regarding the 2 pacers depending on the pitch and atmospheric conditions.
If injury strikes any of the bowlers there are options ready for you in the next match.

The Indian Cricket Team is definitely going through a Golden Period where each and every series is a sweet delight. The questions and headaches mentioned above are the definitely the one the management and the captain will be happy about. The reason being; there is always a replacement available and the team loses onto nothing.

We all hope of some spectacular performances from team India in the upcoming matches and effectively the series as well.